With its four bio-geographical zones and its endangered birds, animals and plants, Dana Nature Reserve has achieved worldwide acclaim. It was even included in Time Magazine’s list of 100 unique and extraordinary travel destinations (July 2021).

Less well known however, is how conservation processes leading to the creation of this protected area (and the Reserve itself) impacted the traditional way of life for the people of Dana.

The people of Dana are the direct descendants of the semi-nomadic Ata’ta tribe who built the current Dana village in the late Ottoman period. The Ata’ta have been the custodians of the land in the Dana area for centuries, and until recent times were Bedouin farmers and pastoralists.

Their locations and activities matched the rhythm of the seasons. Part of the year was spent farming the fertile land around the village and plateau, and part was spent grazing animals, growing crops, and hunting in their customary land. Winters were spent in the wadi (valley), and summers were spent close to the village and the plateau.

Their customary land extended from Al-Husayniyah to Qadisiyah in the east and Wadi Araba in the west, to Showbak in the south and north to Busayra. The Dana Nature Reserve was created in part of the customary land.

In the 1950s, the Ministry of Agriculture began a reforestation project in the Dana area. Trees (mainly Cyprus pine and acacia) were planted in large sections of the customary land. Significantly, the newly reforested areas replaced pasture land.

This imposed reduction of pasture land led to over-grazing, and impacted on the tribe’s ability to use the traditional method of land management known as Al-Hima.

Al Hima is a traditional rangeland management system, which has been established in the Arabian Peninsula region by tribal peoples. They depended on sustainable land use patterns that would assure long-term survival in the face of scarce resources, particularly water. The term ‘Al Hima’ means protected area or protected place.

The Al-Hima method of land management fits the modern conservation concept of an ICCA (Indigenous and Community Conserved Area). An ICCA can also be known as a ‘territory of life’.

The project restricted the use of trees and wood (traditionally used for building materials, food for the animals, and fuel). Large fines were imposed for each tree damaged by a sheep or a goat, or cut for wood.

The balance between the people of Dana and nature had been changed!

The reforestation project was the starting point of a process of change and customary land restrictions.

Customary land rights refer to the enjoyment of some use of land that arises through customary, unwritten practice rather than through written codified law.

In 1989, the Jordanian Government authorised the Royal Society for the Conservation of Nature (RSCN) to begin the work to create a protected, conservation area. In 1993, the Dana Nature Reserve (Dana Biosphere Reserve) was established.

It was Jordan’s first nature reserve, and although the RSCN has established other reserves in Jordan since, the Dana Nature Reserve remains the largest and the best known internationally.

The time between the authorisation and establishment of the Reserve was deemed a consultation period. The consultation will be discussed in the second post of this series.

The Reserve’s boundaries blocked access to (and also along) some of the traditional movement routes. This meant that the pastoralists and their animals had to take long detours, and depending on start and end points, some areas could no longer be connected.

A road used to connect Dana village and the western part of the customary land. It had been built to access the areas where copper and manganese were extracted. The RSCN broke up the road, and subsequently, it was destroyed by rain and floods.

The 14 km road had allowed the people of Dana easy access to the western area. Its destruction changed the road journey from 14 km to 120 km. The hugely extended journey time, discouraged people from cultivating the land in the western area. This was a significant loss because the area has an abundance of water for irrigation (via Wadi Ghuweir and springs). Some of this land is used now by other people (not from Dana) who have easier access to the area.

The protection of wild animals within the Reserve, such as wolves and hyenas, created a different problem. The people of Dana had hunted the wolves and hyenas in order to protect their animals (and sometimes themselves) from attack. The establishment of the Reserve prohibited them from doing this.

No method of compensation was set up when the Reserve was established. If their livestock were killed or injured, or if they themselves were attacked, the people of Dana received no compensation.

Also prohibited was food foraging in the Reserve area.

Life during the winter became harder too.

Wadi Dana’s different bio-geographical zones meant that traditionally, people moved down into the wadi during the winter months for warmth. The RSCN prohibited this, and so people had to stay in the higher and colder areas during the winter. (Winter temperatures in Dana can vary between 8oC and minus 10oC or lower.)

Consequently, livestock died from the cold. People were no longer allowed to gather wood for fuel. They either had to find the money to pay for fuel or remain cold throughout the winter.

Changing from the traditional way of life

Maintaining the farming and pastoralist way of life became increasingly difficult. Between the 1950s and the 1990s, almost all of Dana’s families left the village to pursue work opportunities and a better quality of life. Speed and volume of departure were greatest in the 1980s and early 1990s, and coincided with:

These challenges and opportunities were contributing factors to the change from traditional life.

The main factor was the change in career/livelihood systems brought about by the loss of customary land (الواجهة العشائرية). The people of Dana had to find alternatives. The contributing factors encouraged them to do so.

The villagers in Qadisiyah are the people of Dana. All either moved from Dana, or are the descendants of those who moved. Importantly, they do not considered Dana and Qadisiyah villages as two separate entities. Instead, the villages are considered as two parts of a whole i.e. Dana and ‘new Dana’.

There is still a strong connection between the people of Dana and the land. This is noticeable across all generations. The Dana Cooperative has a general assembly of about 100 families. It was set up by young people from the local community, in response to the establishment of the Dana Nature Reserve and the community’s loss of customary land.

The traditional stone-built houses of Dana fell into disrepair without the constant attention of the villagers, and the orchards and terraced gardens became overgrown. There are restoration projects underway to restore Dana village, and also the orchards and gardens. The Dana Cooperative is involved, and works to ensure that ownership of the village properties and land remains within the local community.

Dana village has only a small number of inhabitants now, but villagers commute from Qadisiyah to farm their land and to tend their orchards and gardens. Some shepherds (usually young men) still roam the available pasture land with their flocks. There is also work in Dana’s tourism projects, for some villagers.

The area is in one of Jordan’s ‘poverty pockets’, and unemployment is high.

This post is the first in a two part series about the Dana Nature Reserve and the people of Dana:

Read the post Covid effects to find out more about the current financial hardships experienced by the people of Dana, and the post Supporting small scale tourism projects during difficult times for practical ways that tourists can support the local community.

3 thoughts on “Customary Land and the Dana Nature Reserve: Impact on Traditional Life” 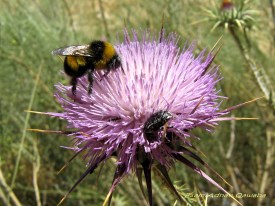 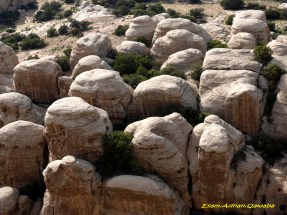 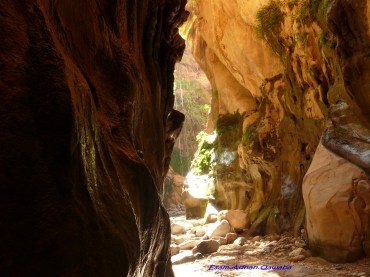